The United Nations Relief and Works Agency (UNRWA) is the U.N. agency created shortly after Palestine was divided in 1948. UNRWA’s mandate was to specifically address the needs of the Palestinians uprooted from their homes, businesses and communities. Some were forcibly removed by the Jewish Zionists, some were threatened and fled, and some were butchered when they didn’t flee soon enough (Deir Yassin massacre).

When UNRWA began operations in 1950, it was responding to the needs of about 750,000 Palestine refugees. Today, some 5 – 7 million Palestine refugees are eligible for UNRWA services.  The common denominator among all of the refugees is that they are waiting to return to their communities. To this day, many Palestinian refugees still have the keys to their homes located in present-day Israel. 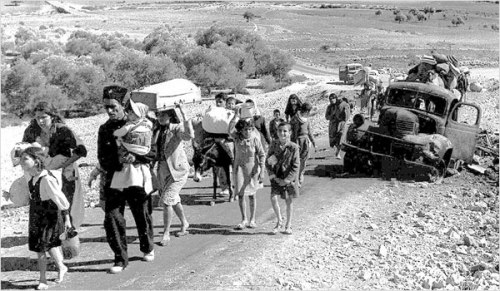 It’s often claimed that the refugees left voluntarily but the factual record doesn’t support that contention. The American Friends Service Committee (AFSC) provides a very good summary of what happened in 1948 and the rights of the refugees today.

“Resolves that the refugees wishing to return to their homes and live at peace with their neighbors should be permitted to do so at the earliest practicable date, and that compensation should be paid for the property of those choosing not to return and for loss of or damage to property which, under principles of international law or in equity, should be made good by the governments or authorities responsible;

Instructs the Conciliation Commission to facilitate the repatriation, resettlement and economic and social rehabilitation of the refugees and the payment of compensation…”

Since 1949, this resolution together with UNSC Res. 242 and 338 have been regularly reaffirmed by the U.N. General Assembly. 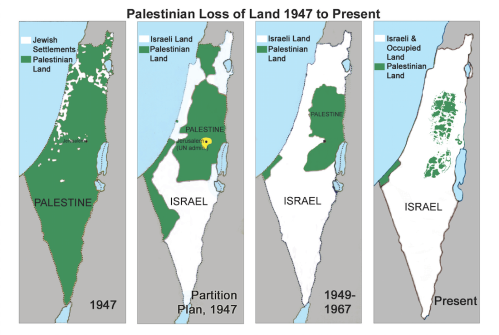 UNRWA provides education, healthcare, and employment opportunities for millions of Palestinian refugees, but Trump claims the agency is a failure and unsustainable, citing the growing number of refugees. Human rights lawyer, Francesca P. Albanese, wrote a very good monograph about the challenges confronting UNRWA, but we know Trump won’t be bothered with the facts. I hope members of Congress will take time to read it. (Available here.)

September 20-25, 2019, UNRWA-USA is hosting a relay-run that urges the U.S. government to put humanitarian assistance ahead of politics and back in line with American values. Partnering with Right to Movement, UNRWA-USA will bring a group of runners and refugees from Palestine to relay run down the East Coast to deliver a message that UNRWA needs America’s investment. The relay will begin on Friday, September 20 in New York City at the start of the UN General Assembly and the runners will make stops along the East Coast to share stories at community events hosted by like-minded partners and collect support for UNRWA’s humanitarian programs and services for Palestine refugees in the Middle East.

Please consider supporting these runners and UNRWA with a donation that represents your values and concern for Palestinian refugees.  Check out the link for online donations and more information. 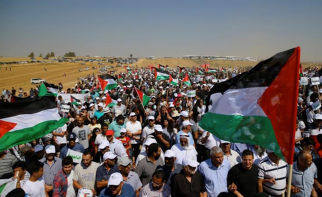 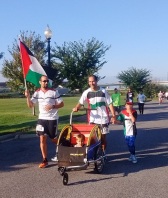