Join the Postcard Brigade to Gaza 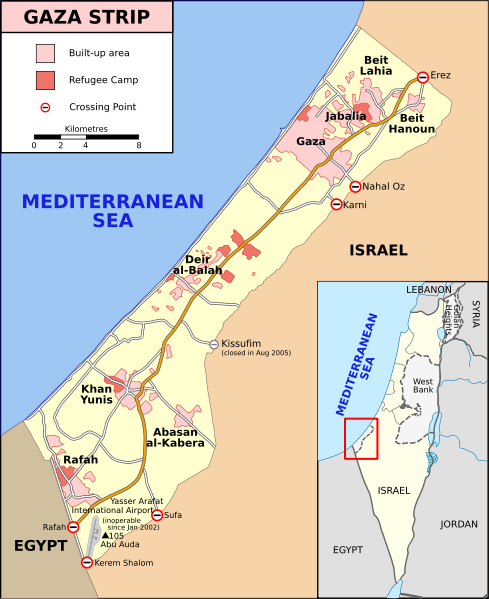 The Gaza Strip is Israel’s manufactured prison for the nearly 1.8 million Palestinians who live there, of whom more than 1,258,000 are refugees. Their parents or grandparents were forcibly removed from their homes and villages in present-day Israel in 1948. Many have lived in Gaza their whole lives, never getting permission from Israel to cross the border, jump on a plane, train or board a cruise ship.

Unbelievably, Israel even controls the mail that goes to Gaza. Packages, letters and postcards all get stopped in Tel Aviv, then scanned, sometimes opened, and forwarded on to Gaza weeks later.

Back in the U.S., I tried to mail a letter from Baltimore to Jericho, Palestine in the occupied West Bank. The postal clerk found “Palestine, Texas” in her computer, but not Jericho, or Palestine, or the occupied West Bank. She was stumped until I told her we could try sending it to Jericho via Israel.  My friend in Jericho finally received her letter more than 2 months later.

In Brindisi, Italy last week, I tried another experiment. I mailed a postcard to my friend in Gaza. Again, the postal clerk had no idea how to handle my request. Her computer just couldn’t find Gaza or Palestine. She passed me to another clerk who had the same problem. She finally decided to put the same amount of postage as if my card was going to the USA …. and then dumped it into her bag.

What if people from all over the world sent a postcard to Gaza?

If you want to join the postcard brigade, send a postcard to:

If you care to share your experience at your local post office, please write me at LoraLucero3@gmail.com

You can send your postcard anonymously if you wish. If you’d like to hear about the reaction from the children in the orphanage, please send me your contact information.

Thank you!  And pass it along. The more postcards, the merrier!

“We don’t have any service to Gaza or Ramallah,” two different government clerks told me today at the main post office in Cairo. “Remove Palestine from the mailing label and replace it with Israel.”

Egyptian policy has changed since the first time I mailed a box from Cairo to Gaza in 2011.

As the crow flies, Gaza is only 346.29 km (215.17 miles) from Cairo, but they are the longest miles I’ve ever traveled. I haven’t succeeded in crossing that distance in the past six months I’ve been in the Middle East.

Politics.  Just stupid politics, and the Israeli-Egyptian-U.S. blockade of Gaza.

In 2011, I sent a similar box of books and small gifts to Gaza from the very same post office a few blocks from my hotel in Cairo. I couldn’t have managed that transaction without the capable assistance of Eid who navigated us from one part of the complex to another, up staircases, through noisy lines, and finally to the clerk who dutifully inspected everything in the box and then processed the delivery instructions to Gaza, Palestine.  No questions asked.

Five years later, Eid helped me again.  In 2016, the first postal clerk told us that there are no post offices in Gaza. No postal service in either direction — from Cairo to Gaza or from Gaza to Cairo, he said.

We walked across the street to another office within the same complex.

A section of the Main Post Office in Cairo

The second clerk we spoke with was sitting beneath a sign that read “Customs Office” in English and Arabic.  He looked inside the box, asked if there was any medicine inside, seemed satisfied with the contents, and directed us to tape up the box. Al-hamdulillah! We were making progress.

Taping up the box following inspection

Then we proceeded to another line and waited to complete the shipment with the third clerk. He looked at the label, saw “Gaza, Palestine” and directed us to cross out Palestine, and insert Israel. Eid and the clerk exchanged a few words, but it didn’t seem that the clerk would budge.

Eid asked me if I had a pen.  “None of my pens will erase Palestine,” I told him.  He replied, “We’re not going to be able to send the box unless we write Israel.”

So we left and Eid was kind enough to carry the box back to the hotel. Maybe there’s another way to skin this cat.

Shame on Egypt for collaborating with Israel on this economic, social and political siege of Gaza.  Shame on you President El-Sisi.

I returned to the main post office in Cairo today with a smaller package addressed to my friend in Jericho, Palestine.  I capitulated and wrote “Israel” on the label.  The address was written in Arabic on one side and in English on the other.  Small, innocuous, and clearly labelled. There should have been no problems. 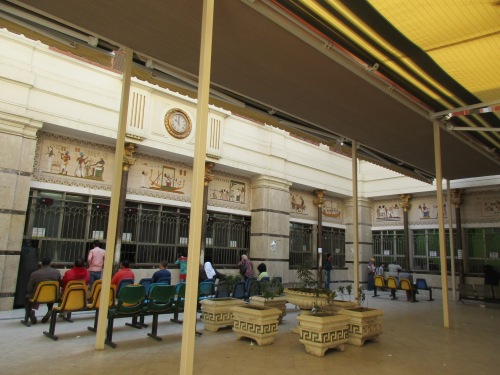 Again, the postal clerk told me he would not accept my package for Jericho. He spoke good English and I showed him where I printed “Israel” on the label, but he said there is no service to Palestine. Instead, the package would go to Tel Aviv and sit there for 3 weeks, he thought, and then the Israeli officials would return the package to Egypt. I asked him how I could send anything to friends in Palestine and he just shrugged and threw up his arms. My gut told me he was as frustrated with the stupid politics as I was —- and that he wished he could have helped me. 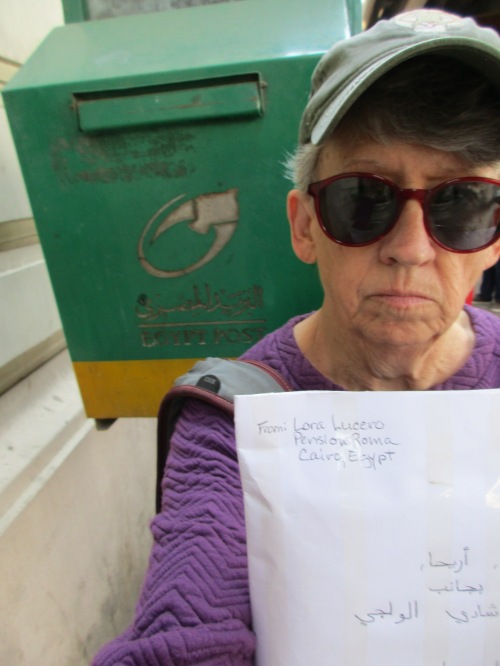