Store window in the Venice Ghetto

Movement is on my mind.  Or the lack thereof.

A middle-aged American woman, married to a Palestinian from Bethlehem, was stopped at Israel’s Ben Gurion airport last week, interrogated for hours, and then put on a plane back to the United States. (The news is here.) The Israeli authorities denied her permission to enter Israel to reunite with her family in Bethlehem where she has lived and raised a family for over 30 years. Why this treatment?  She was told “because she married a Palestinian.”

A young Palestinian-American woman, originally from Gaza but now living in the United States with her husband and baby, was stopped at Istanbul’s new airport from boarding her connecting flight to Cairo where she planned to travel by bus to the Rafah crossing into Gaza. She and her young son were looking forward to spending Ramadan with her family but the airline authorities told her the Rafah border was closed, and she would not be allowed into Egypt to wait for the border to open.

The news reports that Israel has imposed a week-long closure of the West Bank and Gaza ahead of Passover, and is preventing hundreds of Palestinian Christians from Gaza from traveling to Jerusalem or Bethlehem to partake in their Easter celebrations.

The irony certainly does not escape me.

Jews worldwide celebrate Passover to mark their exodus from slavery in Egypt. Their freedom of movement is called Passover because, as explained by the Chabad Jews:

They were also instructed to take the blood of the lamb and smear it on their doorposts, a sign to G‑d that this was an Israelite home, to be passed over, while death was visited upon the firstborns in all other homes. This is what gave the Passover sacrifice (and holiday) its name.

Their exodus so long ago saved them from suffering and bondage, but what lessons were learned? What are Jews celebrating in the Twenty-First century as the State of Israel keeps millions of Palestinians oppressed and under occupation, preventing them from moving freely?

For those who are awake, I suspect their discomfort is growing.

As Cohen writes in Patheos:

But for a growing number of Jews around the world our relationship to the Palestinian people has become the greatest challenge to our Jewish identity and values. How can we celebrate our ‘feast of freedom’ and tell the story of our Exodus from the ‘narrow place’ of ‘Mitzryim’ while we deny, or stay silent, about the oppression of Palestine? It’s a profound challenge to our faith and the understanding of our own history.

Attempting to uphold a Jewish ideal of justice and freedom is not easy when you’ve just read that Israel has detained, kidnapped or jailed 1,000,000 Palestinians since 1948.

For those Jews who are not awake or prefer not to see, I think their journey must also be difficult because it takes a good bit of energy and struggle within to ignore the suffering of others.

I remember the wise words of a young Palestinian exchange student from Gaza who I met in Albuquerque, New Mexico over a Passover Seder many years ago. Reading from the Haggadah, a Jewish woman said “I don’t believe Jews are the Chosen People,” obviously to ease the discomfort she thought this young Palestinian Muslim might be experiencing. His response was genuine and thoughtful: “I believe Jews are the Chosen People. I believe God chose the Jews to be the people to show mankind how to treat one’s neighbors.”  (I wrote about Sami from Gaza here.)

If Sami is correct, then clearly the Chosen People have a steep learning curve. Israel’s occupation and subjugation of millions of Palestinians for the past 70+ years is merely a tick in humanity’s clock but it’s unbearable for those waiting for their moment of liberation, for their exodus.

“Tonight, we’ll conclude our family meal with this passage written by Aurora Levins Morales, a poet and activist. I discovered her writing in the 2018 Jewish Voice for Peace Haggadah.

“This time we cannot cross until we carry each other. All of us refugees, all of us prophets. No more taking turns on history’s wheel, trying to collect old debts no one can pay. The sea will not open that way. This time that country is what we promise each other, our rage pressed cheek to cheek until tears flood the space between, until there are no enemies left, because this time no one will be left to drown and all of us must be chosen. This time it’s all of us or none.” 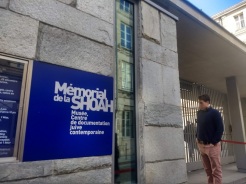 May minds and hearts be moved this Passover and Easter, so that next year everyone has freedom of movement, a life of dignity with compassion, and we treat our neighbors as we wish they would treat us.

An opportunity for Congress to mature

This might be a watershed moment in US-Israel relations, despite the pronouncements from both sides of the aisle in Congress that our relations are rock solid.

Netanyahu will be speaking to Congress on Tuesday, undoubtedly to a packed chamber. Those 30-40 members who have decided not to attend in protest will find their seats warmed by young interns and pages who, of course, will be clueless to the grand theatrics unfolding around them. Maybe they’ll have something to share with their grandchildren in 40-50 years. “I remember where I was that day the United States matured and left its adolescence behind.”

As he was boarding the plane to D.C., Netanyahu told reporters, “I feel that I am an emissary of all Israel’s citizens, even those who do not agree with me, and of the entire Jewish people.”  To which, Senator Diane Feinstein (D-CA) retorted: “He doesn’t speak for me.”

Taking him at his word, Netanyahu believes he’s fighting for the survival of the State of Israel. His worldview is based on fear, and his fear he believes justifies his actions (whether bombing civilians in Gaza or bombing, figuratively speaking, the long-term historic relationship between the U.S. and Israel). His fear has blinded him to the real threats to Israel’s security.

Congressman Steve Cohen from Tennessee described the planned speech as “political theatre” that has “caused a breach between Democrats in Congress and Israel as well as the administrations of the United States and Israel”.

“While Americans and members of Congress may disagree on anything, even foreign policy, providing a forum of such immense prestige and power to the leader of another country who is opposing our nation’s foreign policy is beyond the pale,” he said.

From the very first day of Israel’s existence, the U.S. has been its primary benefactor. In fact, some could argue that the State of Israel owes its existence to President Truman and some in his Administration who lobbied the United Nations in 1948 for recognition of this new state, rather than a UN trusteeship that the majority of UN diplomats favored at that time.

Regardless of which party has sat in the Oval Office, or controlled the Congress, the United States government has had Israel’s back for the past 66 years —- providing Israel with the largest slice of the annual foreign aid appropriations, access to the best weapons technology, diplomatic cover at the U.N. and abroad, and vetoes at the Security Council whenever a resolution critical of Israel surfaced.

Even when the Israeli military deliberately attacked the U.S.S. Liberty on June 8, 1967, killing 34 U.S. servicemen and wounding at least 173, our government’s support of Israel was unwavering.

Our unquestioning support and advocacy on behalf of Israel in the face of incontrovertible evidence of Israel’s illegal and inhumane occupation of Palestine has, arguably, done as much to enrage the extremists (Al Qaeda and Daesh aka ISIS) and bring instability to the Middle East than any of our other foreign policy misadventures, including our disastrous war and occupation of Iraq.

Israel’s perceived security needs and threats have come to overshadow our own. Just as an adolescent struggles to find its own identity and detach from its parents, both Israel and the United States need to cut the umbilical cord.

Time for the United States to mature.

We can forge a new, healthy relationship with Israel — one of mutual respect and support, but one with firm boundaries. “You continue the illegal settlement expansion in the West Bank, we will withhold foreign aid.”

“You fail to negotiate in good faith to end the occupation, we will break the siege ourselves by sending in the 6th Fleet to bring the necessary humanitarian supplies to Gaza.”

Morton Klein, director of the Zionist Organisation of America (ZOA), called the boycott of Netanyahu’s speech to Congress “anti-American, anti-patriotic”.

“We will, of course, be publicly condemning any Democrats who don’t show up for the speech—unless they have a doctor’s note,” he told Politico. 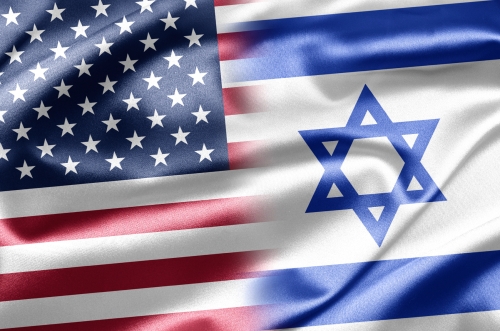