The Occupation of the American Mind

“Over the past few years, Israel’s ongoing military occupation of Palestinian territory and repeated invasions of the Gaza strip have triggered a fierce backlash against Israeli policies virtually everywhere in the world — except the United States. The Occupation of the American Mind takes an eye-opening look at this critical exception, zeroing in on pro-Israel public relations efforts within the U.S.”

“Narrated by Roger Waters and featuring leading observers of the Israeli-Palestinian conflict and U.S. media culture, the film explores how the Israeli government, the U.S. government, and the pro-Israel lobby have joined forces, often with very different motives, to shape American media coverage of the conflict in Israel’s favor. From the U.S.-based public relations campaigns that emerged in the 1980s to today, the film provides a sweeping analysis of Israel’s decades-long battle for the hearts, minds, and tax dollars of the American people in the face of widening international condemnation of its increasingly right-wing policies.”

In an odd twist of events, on January 11, 2018, the New Orleans City Council approved a non-binding resolution to review the city’s investments and contracts to ensure that they are consistent with human rights; and two weeks later the city council unanimously withdrew the resolution. The stated reason was to correct a procedural flaw in its passage.

There’s more to this story than meets the public’s eye. But first, read the resolution, reprinted in full below.

WHEREAS, the City of New Orleans (hereinafter the “City”) was declared to be a Welcoming City on October 1, 2015, to create a more inclusive, receptive city environment for all local populations; and

WHEREAS, the City commits itself to protect, respect, and fulfill the full range of inherent human rights for all, as set forth in the Universal Declaration of Human Rights and numerous other international human rights instruments; and

WHEREAS, the City enshrined these values in Ord. No. 19278 M.C.S.; 25700 M.C.S.; Code of Ord. Sec. 86-4. (Safeguard all individuals within the city from discrimination because of race, creed, national origin or ancestry, color, religion, gender or sex, sexual orientation, gender identification, marital status, age, physical condition or disability in connection with employment, housing, public accommodations, financial practices, and credit transactions; to protect their interest in personal dignity and freedom from humiliation; to make available to the city their full productive capacities in employment; to secure the city against domestic strife and unrest which would menace its democratic institutions; to presevre the public safety, health, and general welfare; and to further the interest, rights, and privileges within the city); and

WHEREAS, the City has pledged to meet its commitments to rewarding workplace diversity, promoting local industry, protecting the environment, and promoting equity through compliance with civil rights; and

WHEREAS, consistent with its responsibilities to its residents, the City of New Orleans, has social and ethical obligations to take steps to avoid contracting with or investing in corporations whose practices consistently violate human rights, civil rights or labor rights, or corporations whose practices egregiously contradict efforts to create a prosperous, educated, healthy and equitable society; NOW, THEREFORE

BE IT RESOLVED, That the City Council encourages the creation of a process to review direct investments and contracts for inclusion on, or removal from, the City’s list of corporate securities and contractual partners, according to the values of the City as referenced in this Resolution.

THE FOREGOING RESOLUTION WAS READ IN FULL, THE ROLL WAS CALLED ON THE ADOPTION THEREOF, AND RESULTED AS FOLLOWS:

AND THE RESOLUTION WAS ADOPTED.

Not a word about Israel, Palestine, BDS, or human rights violations in the occupied Palestinian territories. Not a peep about which investments or contracts the city should review. But as soon as the ink was dry, the Jewish Federation of New Orleans was down at City Hall lobbying councilors to rethink their support for this pro-Palestinian resolution because they found the resolution’s “anti-Israel sentiment was offensive.” And the elected officials fell right into line.

Mayor-Elect Cantrell explained her reason for rescinding the resolution.

Compounding the procedural deficiencies in the adoption of this resolution, [suspension of the rules is allowed via Rule 17] its passage has shrouded the city in an undesired and damaging falsehood. Statements from outsiders now claim that New Orleans is now one of the largest cities in the United States supportive of BDS (Boycott, Divestment and Sanctions), a movement aimed at delegitimizing the State of Israel. This is totally inaccurate, untruthful and does not reflect the values of New Orleans. We are a city that is welcoming, and open to all. Well intentioned actions can be taken out of context by others for their own political benefit, with negative connotations that overshadow any original motives; I believe that is what happened with this resolution.

As mayor-elect, I am committed to leading a city that champions civil and human rights, democratic engagement, and transparency. While I will continue to examine issues of civil rights and fair contracting, I want to unequivocally reiterate that I am neither supportive of the BDS movement nor in any way hostile to the Jewish community or the State of Israel. 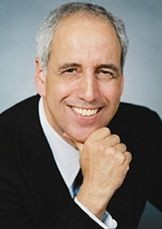 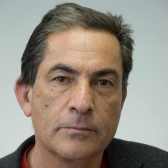 Clearly, the Mayor-elect did not hear from the UN Special Rapporteur S. Michael Lynk (Canada), who recently called on the international community to recognize Israel’s prolonged occupation of Palestine as unlawful under international human rights law and to use the tools in its toolbox to bring an end to the occupation. (Photo on Left)

The Mayor-elect didn’t hear from Amira Hass, the Israeli journalist who has written extensively about the occupation and its impact on both Palestinians and Israelis, and most recently about Israel’s decision to blacklist people and organizations that support BDS. See her Jan. 8 column.  (Photo top right).

I suspect the Mayor-elect might not know Gideon Levy, another Israeli journalist, who has written for many years about Israel, Palestine, the occupation and BDS (photo middle right), nor Rabbi Arik Ascherman (photo bottom right) who lives in Israel and after 21 years leading Rabbis For Human Rights, recently founded “Torat Tzedek Torah of Justice,” dedicated to the human rights of Israeli single parent moms and Palestinians alike, because the Torah teaches Jews that every human being is created in God’s Image.

That a non-binding resolution — calling for the city to review its investments and contracts to ensure they’re consistent with the city’s support for human rights — might impact the State of Israel’s occupation of Palestine, is a damning confirmation by the Jewish Federation of New Orleans that at least some American Jews know that Israel’s dehumanizing treatment of Palestinians is contrary to international human rights law.

THINK ABOUT THAT FOR A MOMENT!

I hope New Orleans Mayor-elect and the full City Council will reflect on this unintended admission by the Jewish Federation, and take it upon themselves to learn more about the non-violent BDS movement whose goal is not to “delegitimize Israel” (as the Mayor-elect seems to believe) but to focus the world’s attention on the human rights of Palestinians who have lived under Israel’s occupation for half a century. The City of New Orleans needs to get on the right side of history.

A question for my friends who are history buffs.

Were there any journalists in Germany in the 1930s writing about the shocking and disgusting actions occurring in the concentration camps? I’m talking about contemporaneous reporting that provided the truth behind the barbwired fences.

Inmates in Dachau line up. This photograph was on the cover of the Munchen Illustierte Press edition on July 16, 1933. Photo credit: USHMM Photo Arhives

Although I found this photo published in 1933, my hunch is that the German people were not informed about the atrocities occurring in the camps — the medical experimentation, the severe deprivations of food and other basics of life, and the gas chambers.  The Germans didn’t know about all of that, right?  (Please correct me if I’m wrong.)

In Israel today, thanks to journalists like Gideon Levy and Amira Hass, the average Israeli has access to the brutal facts about Israel’s occupation and 10+ years blockade of Gaza, the largest open air prison on the planet. 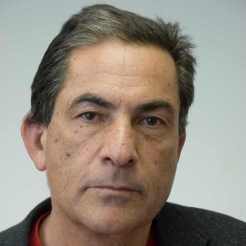 Although Israel has prevented Israeli journalists from entering Gaza for many years, reports are getting out, like this report [Gaza Kids Live in Hell: A Psychologist Tells of Rampant Sexual Abuse, Drugs and Despair] from Israeli psychologist, Mohammed Mansour.

Mohammed Mansour, a psychologist who volunteers in Gaza with Physicians for Human Rights. Tomer Appelbaum – Hareetz

Mansour described an all-out struggle for survival, with addiction to painkillers as the last refuge. Nothing is left of the Gaza we knew. Nothing reminds us of the Gaza that we loved. “It will be difficult to restore Gaza’s humanity. Gaza is hell,” says Mansour.

This is a man-made, evil catastrophe just as Hitler’s concentration camps were …. there is no difference, and no justification.

Maybe Germans didn’t know what their leader was doing to an entire generation of Jews secreted away in those concentration camps. The Israelis today have no excuse for the state’s inhumane cruelty perpetrated on several generations of Palestinians. History will judge Israel, its leaders and its people harshly, as it should.