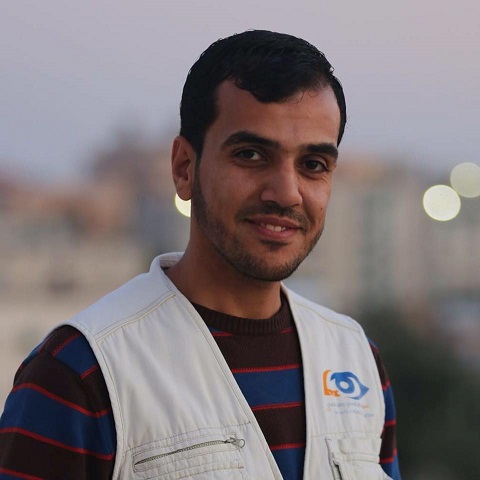 As the #GreatReturnMarch enters into its ninth day (of an expected 6 weeks of protest at the Gaza border), the Israeli propaganda (aka hasbara) is flying fast and furiously around the globe, almost as effectively as the Israeli military’s bullets are flying from the sharpshooters laying on their bellies on an earthen berm overlooking the protesters in Gaza.

A gullible American told me today that the “so-called peaceful protests” in Gaza are actually very violent — including balloons filled with acid and kites flying with razor blades — and Israelis have every right to defend their borders. (Sadly, I kid you not.)

While the New York Times isn’t this gullible, it’s still spouting the Israeli line that Hamas is effectively controlling the protests.  The organizers and civil society in Gaza have tried to set the record straight but with limited success given the entrenchment of the Israeli narrative.

The truth — there are burning tires, but no balloons filled with acid.

The truth — there are flags and kites, but no razor blades attached.

The truth — there are boys throwing rocks, but no guns or military weapons are present on the Gaza side of the border.

The truth — there are Israeli sharpshooters targeting and killing Palestinians in the back as they run away from the border.

The truth — there are Israeli sharpshooters targeting and killing professional journalists clearly identified as media by the vests they are wearing.

The truth — there are Palestinian families (old, young, and even a wedding party) participating in the #GreatReturnMarch on the Gaza side of the border.

The truth — there are Israeli civilians picnicking on the hill overlooking Gaza, celebrating Passover (the celebration of freedom) and watching the Palestinians demonstrating for their freedom.

Remember Yaser Murtaja, the Palestinian murdered by Israeli sharpshooters on April 6, 2018. He was trying to bring us the truth. It cost him his life.

2 responses to “Fact or fiction? #GreatReturnMarch”