Which passport do you have?

I’m really, really, REALLY beginning to appreciate the freedom and flexibility that comes with my American passport. 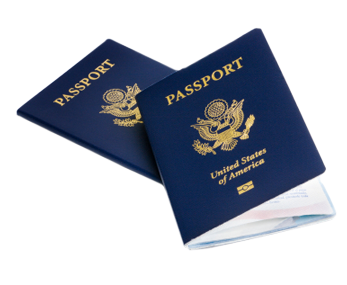 I’ve never thought about it much before, but after speaking with several different men from Arab and African countries, I’m feeling a bit of the weight they must carry with the lack of freedom to move about and travel whenever, wherever they want. Even when they have the financial resources and are multi-lingual, their passports are a stumbling block.  (Look at the passport rankings to see what I’m talking about.)

Don’t kid yourself. Our movement on this planet is not by plane, train or ship—-rather it’s by unearned privilege!  With my American passport in hand, I can book a ticket on the TransSiberian Railroad and travel more than 5,000 miles from Moscow through Siberia, across Mongolia and into Beijing, as a friend and I did in 2009. No questions asked.

The reverse is not true. Many people in the world (most in fact) cannot visit the USA or anywhere else unless they jump through many, many hoops and are fortunate not to stumble along the way.

Is that how the wealthy, “developed” Western countries maintain control, by restricting travel of the population from the “other” parts of the world?

The Universal Declaration of Human Rights, adopted by the U.N. General Assemby in 1948, addresses the right of travel but doesn’t seem to be worth the paper it’s printed on.

Article 14.
(1) Everyone has the right to seek and to enjoy in other countries asylum from persecution.
(2) This right may not be invoked in the case of prosecutions genuinely arising from non-political crimes or from acts contrary to the purposes and principles of the United Nations.

Ask the 1.8 million Palestinians imprisoned in the Gaza Strip about what they think of their right to leave and return to their country.

Samir Mustafa arrived [in the Gaza Strip] from the United States for a funeral in January, and has not been able to leave since. Mustafa immigrated to the United States 35 years ago and has U.S. citizenship. He lives in Maryland with his wife and their five children. In January this year he traveled to Gaza through the Rafah crossing to attend a family member’s funeral, and has not been able to leave. Mustafa worked in a spare parts warehouse, but was notified a month and a half ago that he has been fired for failure to show up for work.

“When I asked for assistance from the U.S. consulate they told me that I violated a travel warning that prohibits entry to Gaza since 2003, as if they’d forgotten that I’m from Gaza and I came to see my family,” said Mustafa. “Lately they’ve been telling me I’m on a waiting list, but I don’t know how much time I’ll have to wait. My wife and children have been living off the little savings we have, but it’s running out. I worked my whole life, in Israel as well, now I’ve spent six months walking around doing nothing in Gaza. I don’t understand why they don’t let me leave here and return to my wife and children.” According to Israeli authorities, since Mustafa did not enter Gaza through the Erez crossing, he is not allowed to leave from it, and therefore his only option is leaving through Rafah – which Egypt nearly always keeps closed.

Some small minds (Trump and Netanyahu for example) think that walls are the solution to keep the “others” out.

What would happen if, instead of focusing on keeping people out, we (the privileged Western nations) focused on ensuring that the benefits we enjoy are spread magnanimously around the planet.  There really is enough to go around. We have the resources, the technology, imagination and the brains to do it. We simply lack the heart and spirit of generosity.

This might explain in a small way why I’m so passionate about the rights of Palestinians, especially those imprisoned in the Gaza Strip. The burden of this illegal restriction on simple movement is unbearable to imagine, but it’s real and it must end.

One response to “Which passport do you have?”